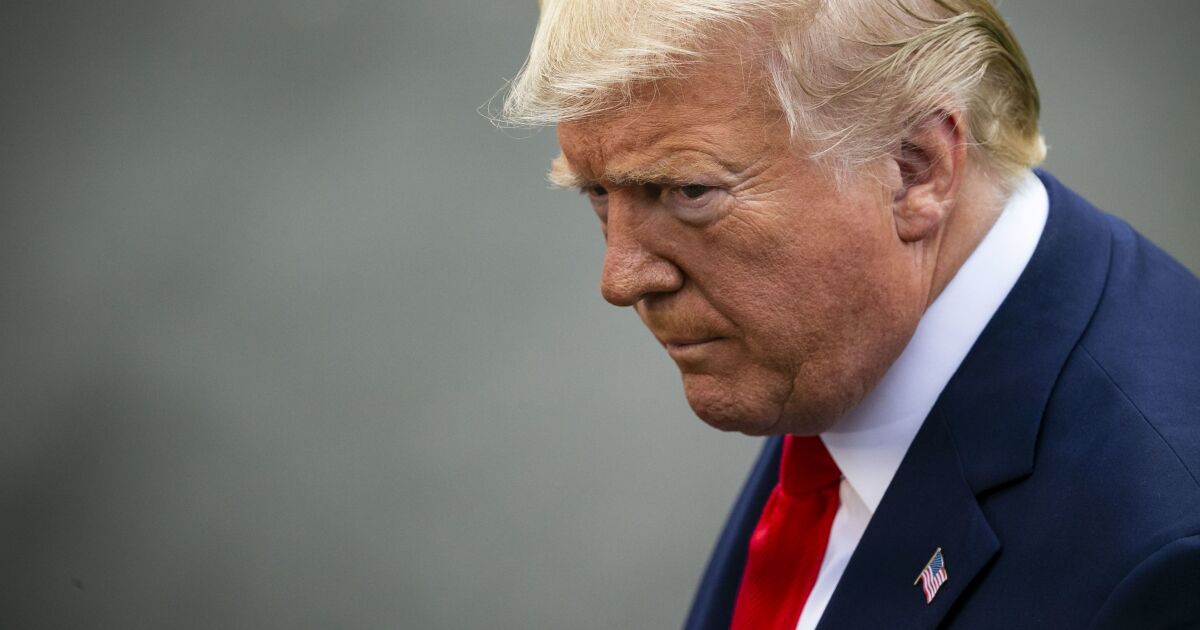 New York judge Arthur Engoron on Thursday rejected a request by Trump, Donald Trump Jr. and Ivanka Trump that he block James’s subpoenas for their depositions. He ordered the three to appear for depositions within 21 days.

At a contentious hearing earlier in the day, lawyers for the Trumps accused James of improperly trying to gather criminal evidence under the guise of conducting a civil investigation that would typically culminate in a lawsuit rather than an indictment.

But the judge said their argument “completely misses the mark.” Neither the attorney general or the district attorney has subpoenaed the Trumps to testify as part of a criminal investigation, and James’ office has confirmed its probe is civil, Engoron said in his ruling.

“I can’t get a fair hearing in New York because of the hatred of me by judges and the judiciary,” Trump said in a statement Thursday. “It is not possible!”

His lawyer, Alina Habba, had a similar reaction before Trump issued his statement.

“Today’s decision confirmed what we’ve already known for some time — Donald J. Trump cannot get a fair ruling in the State of New York,” Habba said. “The court clearly had its mind made up and had no interest in engaging in impartial discourse on this critically important issue.”

Alan Futerfas, a lawyer for the children, didn’t immediately respond to emails seeking comment on the decision.

Donald Trump, Donald Trump Jr., and Ivanka Trump must all comply with this court order and testify before my office within 21 days.

No one is above the law.

“No one will be permitted to stand in the way of the pursuit of justice, no matter how powerful they are,” James said on Twitter.

James has been investigating potentially fraudulent asset valuations at the Trump Organization, while Manhattan District Attorney Alvin Bragg is leading a separate criminal case against the company and its longtime chief financial officer for alleged tax fraud. Earlier on Thursday, Futerfas said James was “essentially standing in the shoes” of Bragg in seeking to question the Trumps.

“Under the law once they’re conducting a criminal investigation, they have to impanel a grand jury,” said Futerfas. “They can’t just subpoena people.”

But the judge pointed out that “New York prosecutors do not call the subjects of their criminal investigations to testify before grand juries about their suspected criminal conduct without first securing an immunity waiver.” There was no evidence to support the suggestion that, without a civil probe, the attorney general would have sought their testimony under a grant of immunity, Engoron said.

Kevin Wallace, a lawyer from the attorney general’s office, had argued James has the authority to investigate criminal and civil matters at the same time. He pointed out that the Trumps were free to plead their Fifth Amendment rights and refuse to answer any deposition questions they felt might incriminate them.

The judge agreed, saying the Trumps have the “absolute right to refuse to answer questions that they claim may incriminate them.”

In seeking to enforce her subpoenas, James has disclosed some startling information in recent weeks, including that Trump’s longtime accounting firm severed ties with him and declared it could no longer stand by a decade’s worth of financial statements it had prepared for the family company (see story).

Last month, she said in a court filing that her office “has developed significant additional evidence indicating that the Trump Organization used fraudulent or misleading asset valuations to obtain a host of economic benefits, including loans, insurance coverage, and tax deductions.”

Trump has claimed that James’s investigation is politically motivated. The former president last month filed a separate suit seeking to block her probe.

James’s investigation, which began in 2019, was started after Trump’s former lawyer and fixer Michael Cohen handed Congress a trove of Trump financial records and testified that his former boss “inflated his total assets when it served his purposes” and “deflated his assets to reduce his real estate taxes.”

Eric Trump, one of the former president’s other sons and an executive vice president at the Trump Organization, was deposed by state investigators in October 2020 after fighting in court to delay the questioning. He “invoked his right against self-incrimination in response to more than 500 questions during his one-day deposition arising out of the instant proceeding,” Engoron noted in his ruling on Thursday.