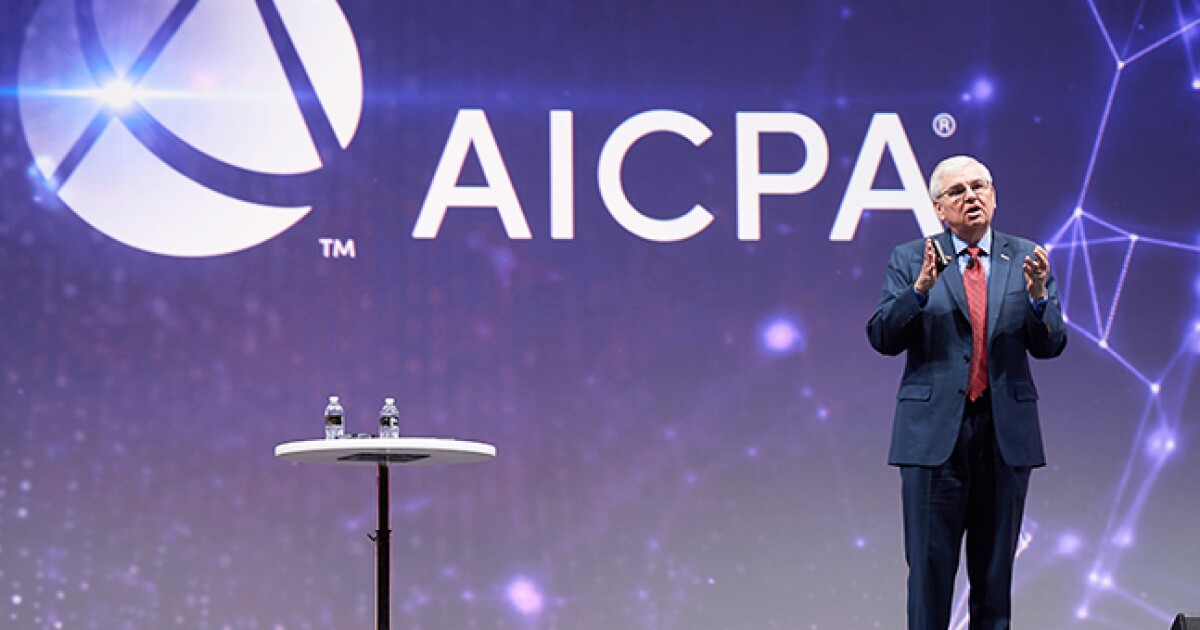 The key tactic for CPA firms moving forward, and also what successfully guided many of them through the pandemic, is strategic prioritization, according to the panel of American Institute of CPAs and CPA.com leaders that led the keynote session Wednesday at the 2021 AICPA Engage conference hosted in Las Vegas and virtually July 27-29.

AICPA chair and panelist Bill Pirolli shared a story of speaking with a firm leader this past year who was overwhelmed with her workload. “It was difficult there in that critical period — everything we were doing was critical to clients.”

He advised her to prioritize — focus on Paycheck Protection Program loans and other pandemic-related advisory work over tax returns because “if you miss a PPP or RIF opportunity, that money is gone forever.”

The same advice went for accounting firms internally, as the pandemic challenged the profession just as much as any other, but all the keynote speakers agreed that accountants not only rose to that challenge but even thrived in the crisis.

“When I say we were ready, that’s a statement for the entire profession,” said AICPA CEO Barry Melancon in the session’s opening comments. “The profession, what we’ve been through — I want to take a moment to pause and think of the incredible impact the men and women in our profession have had during the most incredible time in any of our lifetimes.”

The keynote speakers outlined those takeaways, and also offered their own priority list of the issues and trends accountants must address today and into the future.

Regulatory uncertainty
First, Melancon addressed the legislative uncertainty of a new administration and the continued impact of COVID-19.

“You’re seeing a lot in the news, about infrastructure and tax increases, and clients want answers,” he said. “Anyone who professes to give exact answers on that is not really paying attention.”

Despite the confusion, Melancon offered a few predictions, explaining that three pieces of legislation will determine the future tax landscape: the infrastructure bill, for which a deal was reached at roughly the same time Melancon was making his remarks, budget resolution and budget reconciliation.

Relatedly, “the likelihood of tax legislation coming through is still relatively high, but not high in the short term,” he continued, adding that he expected a tax bill closer to the end of the year, and based on that time frame, it would be less likely to include retroactivity.

The AICPA is also pushing for the Internal Revenue Service to institute a penalty relief system as one of a series of proposals it has in Washington, and which could solve one of the myriad problems Melancon outlined as currently facing the service. The AICPA has long advocated for a practitioner services division and while the IRS hasn’t resisted that proposal, Melancon noted a lack of funding, which has contributed to its “backlog of problems” and in his estimation these issues have “gotten to a crisis point.”

He urged the audience to keep reaching out to their members of congress to share their stories in hope of getting the necessary funding to fix these technical issues.

Additionally, Melancon explained that integrated reporting will become more prominent in the U.S., with finance reports part of a larger environmental, social and governance analysis. He advised the audience to follow the outcome of talks during the COP26 summit in Glasgow in November for some of the guidance the U.S. will likely follow in the near future.

“Finally, we’ll see a much different regulatory environment,” he predicted. “The PCAOB is much more aggressive about enforcement of regulations. The attitude, the criticism of the profession, will be much different in the next four years in Washington compared to the last four years.”

Influencing the profession’s reputation is what is happening overseas, explained Sue Coffey, CEO of public accounting at the Association of International Certified Professional Accountants, who explained complexity will remain a top issue for businesses, “and that’s where we come in. Throw in a global environment, and that’s creating more complexity — everything is interconnected. I’m reminded of some monitoring we’re doing in the U.K. and EU with some Enron-like business failures. The impact of audit reform in Europe is cascading to here. We are in for a couple of challenging years. The good news is clients expect us to sort through all that complexity, which is what we’re really good at.”

A new talent search
Pirolli referenced the AICPA’s CPA Horizons 2025 report, launched in 2010 to look ahead at what the profession would look like in 2025, though in his estimation, “I think we got there two years ago.” In it, “the core purpose listed was making sense of a changing and complex world. I don’t think anyone does that better than a CPA. It’s what we’ve been doing [and during the pandemic] we deepened our client relationships.”

Though the panelists repeatedly applauded the work of accountants over the past year, a hurdle remains in communicating this good work with the rest of the world — and most urgently, future prospective accountants.

Melancon shared data that effectively shows the current U.S. economy at full employment, but “people are leaving jobs at huge rates we’ve never seen before, for many reasons — and not just at your firm.”

Influencing this talent shortage is the fact that the starting salaries for accountants has lowered, while the entry-level pay for other business degrees have surpassed them. In the long run, Melancon explained, accountants will make more money, but that lower initial job offer is repelling good CPA candidates. In the two years prior to COVID, he explained, hiring off college campuses was down 31%. “The total hiring didn’t decline, but different skill sets were hired, not accounting graduates.”

To help better wage this war for talent, the AICPA is focusing on a younger demographic.

“There is a shift of attention to high schools,” Melancon shared. “The decisions of careers for this generation is much earlier than other generations. We are working with state societies for effective programs for every state… We need to be in every high school in the future.”

Additionally, the AICPA continued to add to its CPA Evolution initiative, a joint effort with the National Association of State Boards of Accountancy to transform the CPA licensure model to recognize the new skill sets required of accountants.

Relatedly, Coffey announced the plan to launch the new CPA exam in early 2024. The new exam will better align with the new “T-shaped” model of the accounting professional, which requires a wide skill set and deep knowledge and technological expertise.

Beyond attracting people to the profession, the panelists agreed that the pandemic taught many firms how to better retain their people, by encouraging empathy.

“In a matter of hours, we were all sent home,” Coffey said of March 2020. “We had to care for sick and elderly parents, and for children. We had to become teachers, and had to have empathy for coworkers. We are a relationship profession. Managing that is different remotely.”

Rapid change
Helping in that transition was the technology many firms already had in place, and that the stragglers in technology adoption were forced to implement.

“COVID propelled the profession forward in adoption by five to 10 years,” Coffey explained. “Those in the cloud in the beginning fared better in the pandemic. It allowed them the ability to quickly collaborate with clients. The pandemic really did set us up really well for the future technology with even more of a significant impact–artificial intelligence and machine learning. You cannot think of technology as a cost, but as a strategic investment.”

All panelists agreed the profession has come a long way in technological savvy but there is still ground to gain.

“I can’t think of an opportunity or challenge in the future that won’t include technology,” Pirolli commented. “But to Sue’s point, you need a plan.”

The plan for many firms in recent years has been embracing client accounting services, as Asgeirsson shared that the median growth rate for CAS practices is 20%, setting “the stage for so much opportunity.” Additionally, he predicted that the related fractional CFO services will become another hot service area for firms.

Asgeirsson and Coffey also mentioned that the Dynamic Audit Solution they have been working on in partnership with CaseWare International is nearing launch. The data-driven, technology-enabled audit solution is expected to be offered in a beta version to a handful of firms this fall, with the larger commercial product’s anticipated release to come after next year’s busy season.

New models
Accountants relied on their business ecosystem during the crisis as they were forced to advise their clients in new ways and areas, and they should expect to keep leveraging that network, said Asgeirsson.

Firms should also look to businesses in this ecosystem for inspiration to better refine their own business models, and to offer that advisement as a service to their clients, said Melancon. “Most small and medium-sized enterprises sat down and said, what, truly, is my business model. Corporations do this, and it’s an area where we have the opportunity to step in.”

Additionally, Melancon reported more firms are experimenting with new pricing models, including the subscription-based pricing popular in other industries.

These trends are one of many for accounting firms to consider, and just a few of the many presented during the Engage keynote. Which made the advice for accounting leaders to strategically prioritize their goals even more essential. Especially given all the changes the panel expects to continue rippling through the profession.

“We are now in a world reimagined, a world forever different from the profession prior to COVID,” Melancon said. “You’ve heard me say we won’t recognize the profession in five years… The change is going to be phenomenal going forward.”