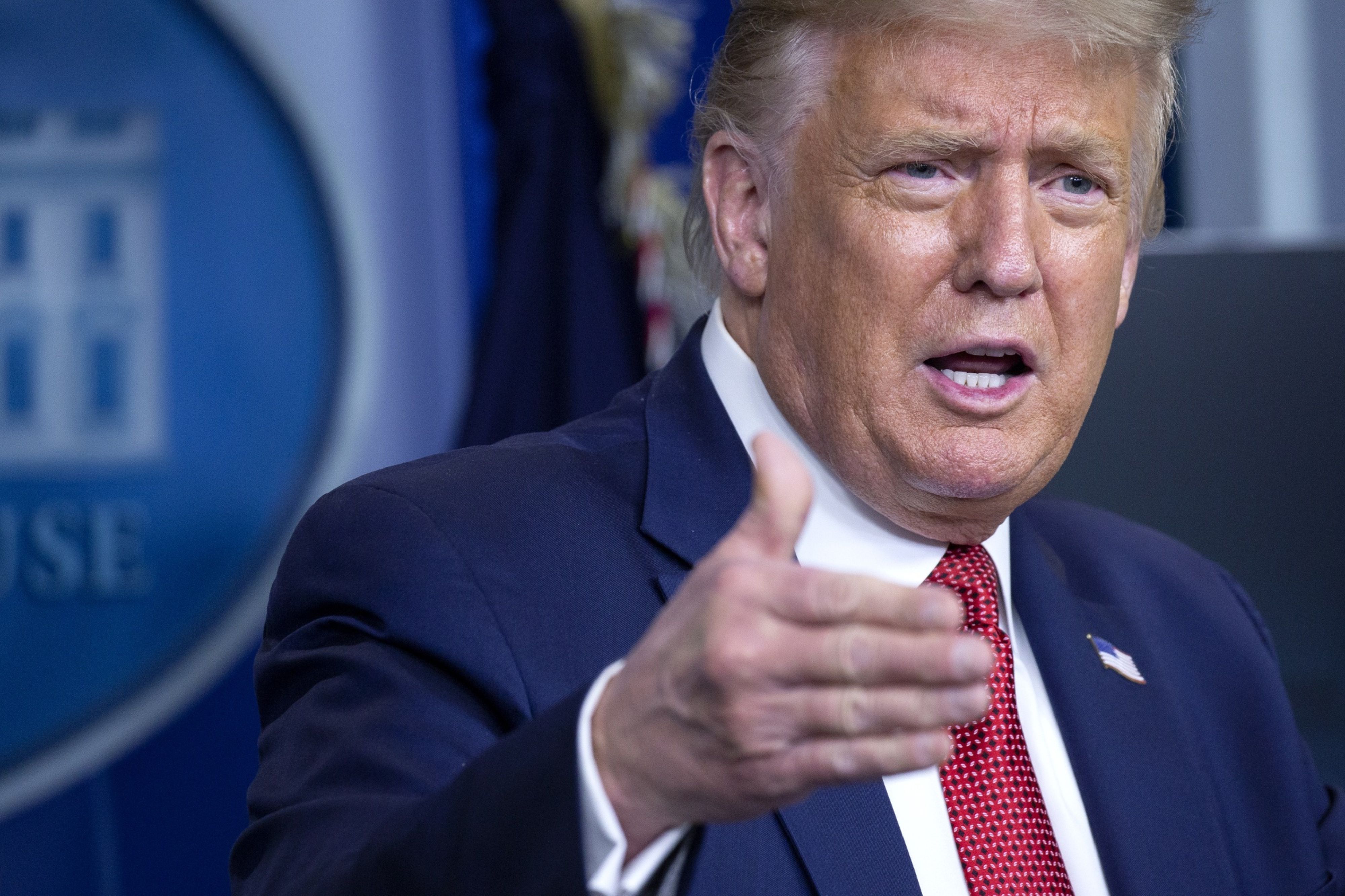 Guidance for companies on President Donald Trump’s payroll tax deferral directive is being held up by White House dissatisfaction with the rules drafted by the Treasury Department and Internal Revenue Service, according to three people familiar with the matter.

The White House wants employers, not employees, to be responsible for paying back the Social Security levies when they come due next year, one of the people said. Under current law the IRS can seek to collect unpaid payroll taxes from both employers and employees.

The division between the White House and the tax lawyers at the IRS and Treasury has meant businesses have waited for nearly three weeks for guidelines that would implement Trump’s directive when it’s set to begin next week, according to the people, who asked not to be named because the discussions are private.

Trump and his advisers have promoted the payroll tax deferral as a boost for workers with the economy still reeling from the coronavirus pandemic a little more than two months before the national election.

Large employers, including Walmart Inc., have said they’re waiting to see the IRS guidance before deciding whether to stop withholding payroll taxes from their workers’ checks. Trump’s order defers the payment deadline for employee payroll taxes from Sept. 1 through the end of the year, though Treasury Secretary Steven Mnuchin has said it is optional for companies to participate.

A Treasury Department spokeswoman declined to comment, and the IRS did not not immediately respond to requests for a response. White House spokesman Judd Deere said, “The administration is fully committed to implementing the president’s order to provide much-needed relief to hard-working Americans, but I won’t comment further on an internal policy process.”

Trump’s top economic adviser, Larry Kudlow, said last week that the administration is “exploring ways” to forgive the tax payment completely. The taxes “essentially can be forgiven if you stretch it out five years, eight years,” he said.

The U.S. Chamber of Commerce last week called Trump’s plan “unworkable” because it would create a large tax bill for employees. As a result, many companies would likely continue to withhold payroll taxes and remit the money to the government, the business lobby and more than 30 other trade groups said in a letter to Mnuchin and congressional leaders.

The 6.2 percent tax levy that employees and employers each pay go to help fund Social Security. Trump has said he will push for Congress to forgive those tax liabilities if he is elected to a second term, but both the presidential election outcome and Congress’s willingness to cut taxes funding the popular retirement program are far from certain.

The White House has few good options as it gives companies guidance on how to implement Trump’s Aug. 8 order to delay the collection of the payroll taxes. Requiring companies to pay back the taxes on behalf of their workers means that few employers will likely implement Trump’s deferral. Passing the responsibility onto employees could be politically risky and set up millions of people with unexpected tax bills.

The delay in the IRS guidelines has been a relief for some companies, because it gives them an easy excuse to not participate in the deferral, said Adam B. Cohen, a partner at law firm Eversheds Sutherland LLP.

“The fact that there hasn’t been guidance is, in some ways, a positive for a lot of clients who really were not looking forward to having to deal with it,” he said.

— With assistance from Allyson Versprille

Real estate entrepreneur aims to be first to reach space and the bottom of the ocean within a year
Consumer protection group proposes rule to prevent foreclosures until 2022
1 in 10 people fall victim to gift card scams, AARP says
Morgan Stanley dumped $5 billion in Archegos’ stocks the night before massive fire sale hit rivals
Great Breakroom Snacks for Your Business